Clearfork Pharmacy is a family-owned, Christian-based, patient-focused pharmacy located on FM 1189 in the amazing town of Brock, TX. Our primary goal is to provide the highest level of pharmacy customer service to the families of Brock and Parker County. We strive to be the vision of what pharmacy was meant to be…personal, friendly, caring, and affordable healthcare for everyone.

Clearfork Pharmacy is owned and operated by Steve Baldridge RPh. Steve received his Bachelor of Science degree in Pharmacy from the University of Texas at Austin in 1997, and has spent the last 20+ years leading dedicated teams of pharmacists, pharmacy technicians, and cashiers in their mission to provide excellent customer service and healthcare for the WalMart and Sam’s Club companies here in the Dallas/Fort Worth metroplex. Steve’s family includes his wife Temple, and his two children Madison and Malen. They have been residents of Parker County for over 12 years. Both Temple and Steve were raised in small towns here in Texas, and believe in the importance of small town values and trust. Those values and trust are the foundation on which Clearfork Pharmacy was built.

Scott Smith was born and grew up in Mineral Wells, Texas. Scott is a Certified Pharmacy Technician having worked over the past twenty years at Wal-mart Pharmacy, Sams Club Pharmacy, and Recept Pharmacy. He is a 2001 graduate of Tarleton State University with a Bachelor of Arts in Spanish. He also obtained a Networking certificate from Weatherford College in 2014. Scott is married to his wife, Cynthia, and they have three children Marcus, Nicholas, Lucas, and also two grandchildren Roxin and Aubree. Scott and his family attend St. Stephen Catholic church in Weatherford and are involved with several different organizations within the church. Scott enjoys spending time with his family, playing tennis, singing, playing guitar, hunting, and fishing in his free time. 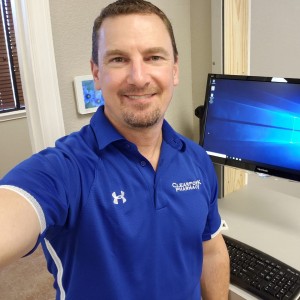 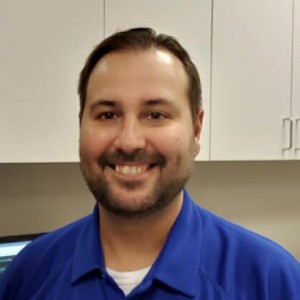